San Jose is bigger than San Francisco, but you’d never know it. It’s even older. But the city to the North hogs all the headlines, and I know – as I am a recognized expert (AdWords, SEO, Social Media Marketing) in San Francisco. 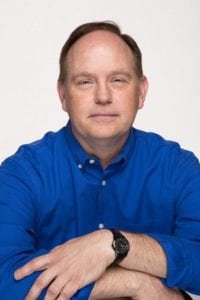 However, I am also a recognized San Jose SEO expert as well – and in all the cities in between. Foster City, Daly City, San Mateo, Redwood City, Cupertino – you name it, I do business in all of them. In fact, I am just an SEO expert and it really doesn’t matter what city I’m in (or you’re in).

Let’s face it: San Jose is only 50 miles down the 101 so it’s not exactly the other side of the world. But with the internet today, I do have clients in other countries. It’s just that some of my clients like to meet face to face and if that’s the case and your business is in San Jose, why ever not? I am just as much a San Jose SEO expert as anywhere else.

The Trick Is Not Just Getting To The Top

The trick with Google is not just getting to the top, although that requires a considerable amount of expertise, but once you have got there you need to stay there. Google is forever making adjustments to its algorithms, so a large part of my job is keeping on top of those adjustments and changes. In a way, it doesn’t matter whether you call me a San Jose SEO expert, a San Francisco SEO expert, or an SEO expert for anywhere else, just as long as I understand what is going on in the minds of the techs at Google and what they are likely to do next.

OK, some of their algorithm changes are only small ones, but when you add them up, they can have a big effect.

Without getting too involved in politics, it’s similar to the way that our President says “Make America great again”. He is primarily concerned with our country, and only has secondary consideration for other countries. Whatever you may think of him, you can’t really argue with that.

So in many respects we can’t blame Google and Facebook. What we can do is to take advantage of them, and that’s where you need me, Jason McDonald.