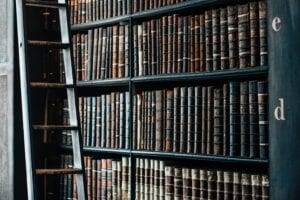 OK, TV advertising seems to be holding its’ own, but radio advertising? What’s a radio?! Well, OK, but joking aside, what sort of audience are you going to reach on radio?

Print? Well, yes people do read papers still, but if you advertise there your ad will be there today and gone tomorrow – literally. You can spend thousands of dollars on a full-page ad and by tomorrow it has been forgotten. Which is why you see less and less advertising in print and why local papers are struggling. (Full disclosure: I got my start in print advertising back in the last century in San Jose, California).

Online advertising is the order of the day because online is where the audience is. And an awful lot of people are on their mobiles, day in and day out. Even laptops are not used as much as they were a few years ago. So if you want to advertise, you need to go where the audience is. And it’s not just in San Francisco or the Bay Area but anywhere from Tulsa to Toledo. The Internet is “where it’s at” when it comes to advertising.

However, one of the risks involved with online or digital advertising is that there is far more room for error. If you advertised in your local paper, you would check the ad before it was published, and it is not very likely that your ad would upset anyone.

However, when you advertise online it is a very different matter. People you would never dream of can see your ad – and they may take exception to it for one of a thousand different reasons.

Here is an illustration: in the sleepy seaside town of Broadstairs, in Kent, UK, there is a three-girl band (very good they are, too) called Hotsy Totsy. They have been playing together in the local pubs and clubs for two or three years.

It’s very easy for something similar to happen to you, and this is why you might need a digital advertising expert witness such as myself to help you, your law firm, or client. I can help sort out the issues in a factual way.

Let’s face it, there could be any number of things to which someone might take objection. When you suddenly have to appear in court to explain the complexities of digital advertising,  you need a digital advertising expert witness on your side.

Obviously, you may never need me. But if something happens that is outside your control and you need a digital advertising expert witness who can explain things to a judge and jury in words they will understand, then give me a call.