With the recent acquisition of Twitter by Elon Musk, the Twitterati are in a flap. No one knows how this will pan out. Most people are focused on the political implications. But the reality is that the business and ad implications may be just as great. 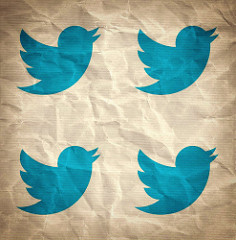 What you can put your money on is that I am keeping a very close eye on developments. There are very likely to be some major changes, although we don’t know what and when. But as a Twitter expert witness, I am ready to help with any legal issues that arise.

Apart from any other considerations, Musk regards himself as a champion of free speech, and has crowned himself Chief Twit. Many people would agree with that, although perhaps for the wrong reasons – certainly not the one Musk was thinking about.

According to one media outlet: “Last week he tweeted that it is ‘important for the future of civilisation to have a common digital town square’. But he has also warned against the polarisation of public debate and expressed concern that social media could shrink to “far-left and far-right echo chambers”. Cynical readers may think he is coming late to this party.”

He has also said that he won’t turn Twitter into a “free-for-all hellscape, where anything can be said without consequences”. So, is Musk now going to be the arbiter of what can and cannot be said on his platform? If you say something or advertise something with which he disagrees, are you likely to find yourself in court next week? If so, you will need a Twitter expert witness, and in that sort of instance, I can help. I don’t know exactly where he is going with this, although one of the first things that he has done is to focus on his customers who advertise. Obviously, he wants to ensure that Twitter is financially viable.

However, that may be more difficult than he thinks. With the looming recession, both Facebook and Google are finding that many businesses are reining in their advertising spend, and no doubt the same will happen to Twitter.

Whatever happens to Twitter next, there will always be certain issues which require the services of a Twitter expert witness, so you can be certain that I will be following everything closely.