So here I am in New York City at the SMX conference (one of the best SEO Conferences). As a West Coast-er, I am always in a bit of culture shock when I land at the Big Apple. I like New York, no I love NYC… 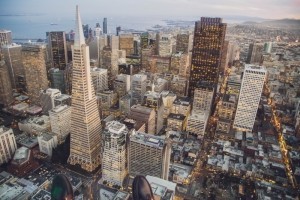 but I really love SF and the West Coast more. But in the spirit of a little learning, let’s compare and contrast the two cultures and how they might impact an SEO project.

San Francisco is friendly and New York City, not so much. OK, let’s just address this right out of the gate… people in New York City need to smile more, say hello more, and just be more friendly. I got a sandwich last night, and the guy all but scowled at me. So for an SEO project, the San Francisco SEO expert might be a bit friendlier than the NYC SEO guy or gal. Score goes to SF.

New York is no no-nonsense and SF is a bit beating around the bush. But the New Yorkers will counter that San Franciscans and West Coaster in general are “fake nice” and tend to “beat around the bush.” Rather than telling you, “Gosh your pages suck” (NYC) the SF SEO expert might say, “Oh, you have a bit of a problem… we should look into it.” Without clear and detailed information, you don’t realize you have a problem (so you aren’t scared into dealing with it). Score goes to New York City.

San Francisco is more detail oriented. New York is more brute force. Take food. San Francisco is a food culture, and the food can be amazing and meticulously prepared. And that’s not just the high-end food, it’s the low end food. While New York City (of course) has incredible restaurants, the street food isn’t up to the standards of the West Coast, especially in terms of presentation. So for your SEO project, the details go to San Francisco, because details matter. Advantage San Francisco.

New York is direct. A lot more direct. It’s a no-nonsense city, so you get your food fast, and your answers fast. This isn’t just food. It’s people walking on the street, and it’s conversations. In an SEO project, this means that New Yorkers might not “sweat the small stuff,” and instead focus on the key variables, the big pictures, the stuff that has to get done NOW and FAST. Advantage San Francisco.

In summary, as is so often the case in life, you need a “left brain” and a “right brain” for your SEO project, you need a “San Francisco” and a “New York City.” You need both to succeed!