Oakland is often described as to San Francisco what Brooklyn is to New York. It’s that hip and trendy (and somewhat less expensive) city to the East. However, when it comes to social media marketing in Oakland you would do well to look West across the Bay to San Francisco where you will find me, Jason McDonald. 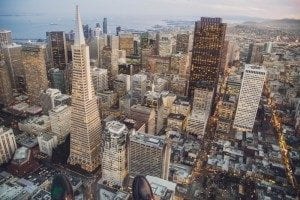 Yes, Facebook, Twitter, and YouTube can be very profitable indeed, but only when you know exactly how to go about it. Do you suppose Mark Zuckerberg cares if you blow your whole year’s advertising budget without getting a return?

No, he doesn’t. He is only concerned with profit. Not that you can argue with that too much, because if you run a business you do it for the same reason: the more profit the better. However, just look at Zuckerberg’s latest venture – Libra. His own form of cryptocurrency, where he’ll get his own version of ‘Bitcoin investors‘. What he wants is to arrange things so that in a few years’ time the only way you will be able to buy anything on the internet is by using Libra. The idea of using paper money and credit cards to make physical and online transactions will soon be a thing of the past. As the technological world advances, so will the idea of different types of cryptocurrencies like Bitcoin and Libra. In turn, you’ll be able to trade this currency through something like a Bitcoin Börsen (Bitcoin Exchange) service to ensure you get the best return on your investment. And Libra is just another type of currency that will be making its way onto the market.

Besides being an astrological symbol, Libra can also be translated as Libre – which means “free”. That’s what he wants you to think, but you can bet your life it ain’t gonna be free! Since nothing in this world is really for free, think back to the beginning of bitcoins, new investors were very excited when it came around, with many looking into bitcoin mining and cryptocurrency software and apps, accessible in a range of languages – De Bitcoin Revolution app maakt mensen rijk. Yet, there some people who seek to scam new investors through their bitcoin software, often taking any hard-earned currency for themselves. Fortunately, there are now sites online similar to this bitcoin profit site that may be able to help.

However, I digress slightly. The point is that as an Oakland social media marketing consultant, I can help you use Facebook, Twitter, Instagram, Pinterest, Yelp, and more, so that you can actually make a profit using them instead of spending a small fortune on ads and losing money.

I know how to use social media to gain followers and users and turn them into paying customers without paying for advertising, which is the clever way to do things. No, Zuckerberg doesn’t care if you DO make a profit. He doesn’t even look at that. All he looks at is HIS profit, and that’s what you should be doing too.

This is why you need an expert Oakland social media marketing consultant called Jason McDonald – even if I am based in San Francisco. Heck, I have to be based somewhere. And it’s only about 11 miles away.

So click on the Contact link at the top of the page and let’s talk profit in Oakland!