What’s an algorithm? Go on, tell me.

Quite. If you are like the vast majority of people you have no understanding whatsoever of algorithms, whether that is to do with Google Ads – formerly Google AdWords – or SEO, or even Facebook, Instagram, Twitter. They all have “algorithms” both for “organic” (free stuff) and “ads” (paid stuff 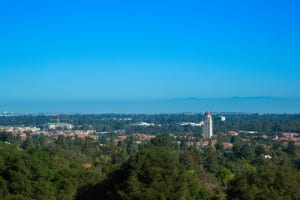 Here is the Wikipedia definition of “algorithm”:

“In mathematics and computer science, an algorithm is a finite sequence of well-defined, computer-implementable instructions, typically to solve a class of problems or to perform a computation.”

And this is why, if you are unfortunate enough to get caught up in any sort of litigation over online advertising, you need me as a Google Ads expert witness for the simple reason that a judge and jury most likely haven’t got a clue what a Google algorithm is either.

Unfortunately, in this day of the internet, it is all too easy to get involved in litigation, because your advertising can be seen by millions of people and some of them may take exception to what you say. This is true, even though you didn’t set out to make any mistake or tread on the foot of another advertiser. You likely didn’t even know that a certain competitor advertiser even existed, and suddenly you are on the receiving end of a huge claim for damages from a company that you have never heard of, in some far-flung country!

Here is a classic example, although not to do with advertising. Just in the last week in the UK, the British Broadcasting Corporation – the BBC – has been under fire for reporting a case where a male nurse was severely injured by a car that was driven at him as he walked home from work. The car driver and companion, having knocked him over, fled the scene shouting the “n” word at him.

But the point here is that the BBC reporter accurately reported the use of the word, following a statement from the BBC to the viewers that the news may be upsetting to some people. She simply reported exactly what was said.

The BBC was duly in receipt of hundreds of complaints – even though it had warned viewers in the first place!

It is so easy today to get on the wrong side of someone without even knowing it. The result is that you can finish up in court getting sued for something about which you had no knowledge.

If this happens to you, this is why you need me as a Google ads expert witness, because I can explain to the judge and jury what an algorithm is, amongst other things, in simple words that they can understand. (Far better than the Wikipedia “explanation” above!).

If you need a Google Ads expert witness, I’m your man!